This site will not work correctly when cookies are disabled.

With the overwhelming amount of information on nutritional supplements, some of which may not be scientifically proven, it can be difficult for athletes to make informed decisions with regards to using them or not. In this article, we discuss creatine and cover the common questions such as: What is it? What does it do? What is the evidence? And do I really need it?

Creatine is made naturally in the body by three amino acids, arginine, glycine and methionine. When the amino acids are combined, creatine is converted to phosphocreatine (PCr) which forms an immediate source of energy during high-intensity explosive exercise. The amino acids necessary to form creatine are commonly found in animal products such as meat or fish. So, if you follow a vegetarian or vegan diet, it may be possible that you are low in these amino acids, therefore low in creatine and supplementation may be required.

What Does Creatine Do?

In the muscle, creatine is trapped and is converted to PCre. PCr is a great energy source which fuels high-intensity exercise such as sprinting or lifting heavy weights. Creatine has also been shown to boost lean muscle mass and aids a quick recovery in between sets, all of which would be beneficial for these high-intensity sports.

Creatine supplementation is commonly found as ‘Creatine Monohydrate’.  When supplementing the diet with creatine, it is essential that you're training appropriately to reap maximum benefits. As there is an increased gain in lean body mass, sports in which weight gain causes a disadvantage (for example, running-based sports, weight restrictive sports and swimming), creatine supplementation may not be ideal. This is due to creatine causing the water to move across the cell membrane and into muscle, causing an increased thickness in muscle fibres, therefore increasing muscle mass. 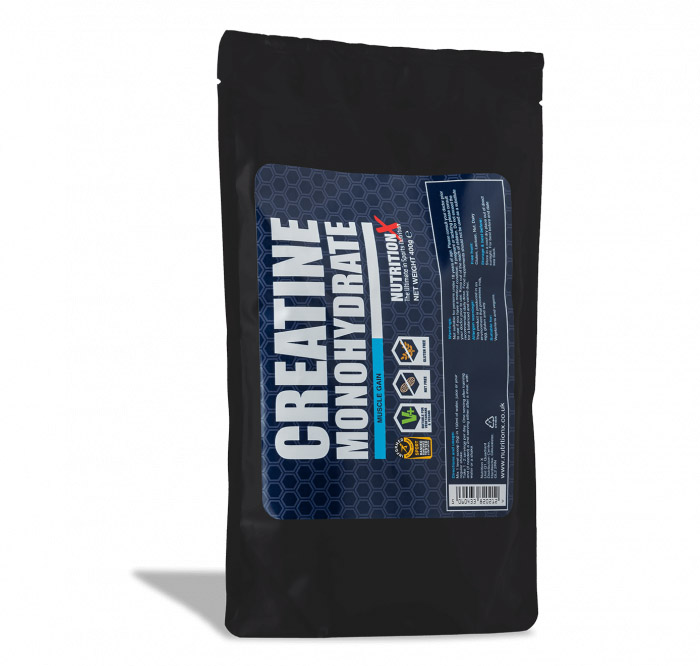 What is the Evidence Behind Creatine Supplementation?

Creatine was previously described by the International Society of Sports Nutrition as ‘The most effective ergogenic nutritional supplement currently available to athletes in terms of increasing high-intensity exercise capacity and lean body mass during training.’

Studies have found creatine to be beneficial for increasing strength and muscle mass, as well as improving performance during high-intensity exercise. Researchers have also proven that creatine supplementation has the same beneficial effects on both men and women. There are fewer studies describing the significance of creatine supplementation on aerobic-based sports, however, it must be remembered that many endurance events are won and lost with a sprint finish and therefore creatine may also be advantageous in such situations.

Do I Need to Supplement with Creatine?

Try out the Nutrition X Creatine Monohydrate in water, juice, or your regular shake after a meal to seek the most benefits!

Caraigh graduated from Liverpool Hope University with a BSc in Nutrition, then becoming a Registered Associate Nutritionist within the Association for Nutrition. Caraigh is currently studying a Masters in Sport Nutrition at Liverpool John Moores University, where upon graduation, she aims to become a SENr accredited performance nutritionist. At NutritionX, Caraigh puts her Sport Nutrition knowledge to practice, working with our teams and athletes in a range of different sports.

We’re proud to work as official nutrition suppliers to a wide range of top-level clubs across the UK and further afield. Interested in what we could do for your club?

Sign up to our newsletter to be the first to know about our exciting offers, events and new products, plus an exclusive 10% off welcome discount!